We surveyed over 600 parents and guardians to understand their awareness of child safety-check accreditations.

Parents and caregivers, Australia-wide, are united in their high levels of concern, expectation and trust in organisations to keep people in their care safe. Yet, the majority of organisations with these responsibilities are failing to comply.

Together with social impact agency, Ellis Jones, and independent research firm, Dynata, we surveyed over 600 parents or guardians of children under 18 years old to understand their awareness and concerns about child safety accreditations being monitored by organisations charged with protecting people in their care.

The findings indicate a significant gap between the demands of Australian parents and caregivers versus the provision of care by Australian organisations. Importantly, the study shows that perception is also lacking, with most parents and caregivers assuming a far higher standard than is being supplied. By highlighting these findings, this report aims to inform Australians of the gaps that exist so that we, as a nation, may improve the standard of safety for our most vulnerable.

Child safety is a serious concern among parents and caregivers in Australia.

They have a hard time transferring their responsibility of care on to others.

81% are concerned about the safety of their children when they are in the care of others.

In fact, 37% are concerned most or all of the time.

But it is well-known that organisations have legal obligations to protect those in their care; and that penalties apply for non-compliance.

Parents and caregivers accept there is a system is in place to protect their children when in the care of organisations.

76% are aware that organisations providing services to children have to maintain child safety accreditations for their employees and volunteers.

71% are aware that criminal penalties may apply if organisations do not comply with their child safety obligations.

And despite their high levels of concern, parents and caregivers expect and trust that organisations will protect their children.

They demand organisations be both highly responsible and responsive in adhering to the system.

79% trust organisations caring for their children to maintain the child safety accreditations of their staff and volunteers.

In fact, 55% expect organisations to be monitoring them continuously.

And where a breach occurs, it is expected that organisations are made aware within 1.9 days.

The truth is the majority of organisations with a duty of care are failing to comply.

The checks they conduct are both inconsistent and infrequent, leaving most vulnerable children exposed to breaches in the system.

Everyday, at least one Working With Children Check is revoked in almost every state in Australia.

Yet, a mere 5% of organisations are competently verifying Working With Children Checks after hiring new employees.

And, for most organisations, the window of risk is at best 12 months but could be up to three years.

Not only would it mitigate concern for parents and caregivers, it would also relieve the burden for organisations.

61% say it will mitigate their concerns if organisations were continuously monitoring child safety accreditations.

And 88% support a technological solution that could help with monitoring and alert service providers in due time.

A total of 606 adult respondents who are parents or guardians of children under 18 years old in Australia were interviewed during January 2021.

The interviews were conducted in-person and were undertaken using a rigorous multi-level screening process to ensure that only suitable candidates were given the opportunity to participate. Unless otherwise indicated, the results discussed are based on the total sample.

Cultural Background — 80% English-speaking only, 20% Language other than English

Children with disability — 29% Care for a child with a disability 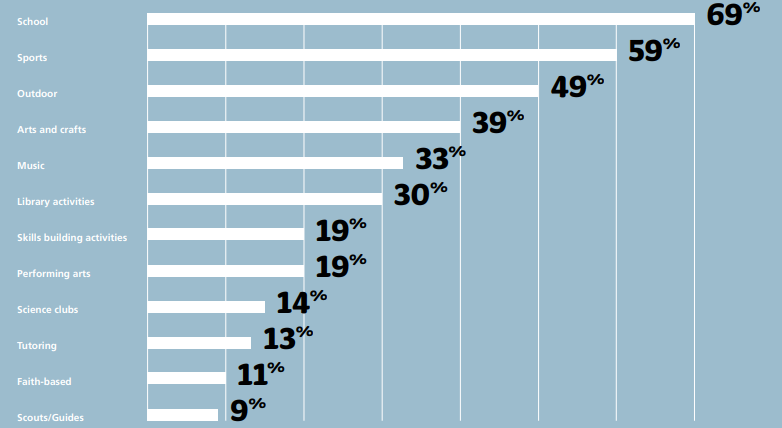